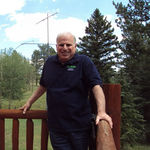 Gene was first licensed in 1976 as WB5WFD, and has held K5GS since 1996; previous calls were WD6DLK and KE6LT. He’s an avid DXer and an occasional contester. His DXCC count is 353 confirmed (mixed) with all current DXCC entities confirmed. Gene’s radio interest has always been DXing with occasional diversions into restoring vintage radios and the digital modes.

A member of the 2012 ZL9HR Campbell Island Dx-pedition, and 2014 VK9MT Mellish Reef team, he is looking forward to visiting Chesterfield Islands in 2015. He also holds call signs ZL1NA and VK2IXC.