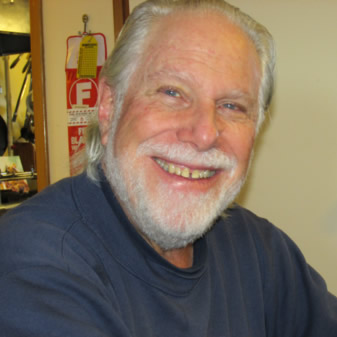 Arnie was first licensed in 1957 as KN3ANU at the age of 13 in Philadelphia, Pennsylvania and quickly upgraded to a General Class ticket. He received an Official Relay Station (ORS) appointment from the ARRL and enjoyed handling CW traffic and participating in CD contests. Arnie put Amateur radio on hold while he attended Temple University and earned a B.S. in Biology and a M.D. degree. Post medical school training followed at the University of California, San Francisco and service in the United States Public Health Service (Department of the Navy- Lieutenant Commander), Indian Health Service on the Navajo and Hopi reservations.

In 1977 Arnie upgraded to Extra Class as N6HC. He has been an ARRL member for more than 57 years and a member of the league's Legacy Circle and Maxim Society. He serves as a Volunteer Examiner and a field QSL card checker for both ARRL and CQ awards. He is a member of the Southern California DX club (Vice-President-2009), Northern California DX Foundation, Southern California Contest Club and Orange County Amateur Radio Club. He is also a member of the Chiltern DX Association (UK) and the Medical Amateur Radio Council, Ltd. (MARCO). He was elected to membership in the A-1 operators club and has earned many operating awards including WAS (6 bands, SSB, CW, RTTY), DXCC #1 Honor Roll, DXCC (8 bands, SSB, CW, RTTY), WAZ (CW & SSB), WAC, WPX (SSB & CW), and VUCC. He is an active contester and has earned numerous awards for participation in both domestic and DX competitions. He has operated from many places around the continental United States as well as Hawaii, Alaska, Mexico, Samoa and Prince Edward Island. He was named the DXer of the Year (2012) by the Southern California DX Club.
He has been a team member of nine major DXpeditions: K7C-Kure atoll (2005), 3B7C- St. Brandon Island (2007), TX5C- Clipperton Island (2008), K4M-Midway Island (2009)*, T31A- Kanton atoll, Central Kiribati (2011), T32C- Christmas Island, Eastern Kiribati (2011), NH8S-Swains Island (2012)*, T33A-Banaba (2013) and FT5ZM-Amsterdam Island (2014)*.
*DXpedition of the Year